There are children in the morning.  They are leaning out for love. They will lean that way forever.  Leonard Cohen

Scheherazade saved her life by telling a story a night for 1001 nights. Whilst my tales are not subject to such an ominous outcome, I do share some of Scheherazade’s fate. My life has depended on stories. So in honour of the great princess, and the countless other tellers of tales, I shall embark on this blog with the intention of emulating the princess – 1001. This is number one.

I am writing from a hotel in the Atacama Desert. How did I get here? Well it really is a very long story with endless beginnings. In fact, this blog is another new beginning. But I am jumping. So, the Atacama Desert is in Northern Chile and just a few days ago I was lucky enough to see a family of condors. This mattered to me a lot. Because some 35 years ago I made my first puppet and it was a condor. Evidently, this was an accident. Some would say it was meant to be – fate. All I can say it was completely un-evident to me that one day I would ever make a puppet, perform in a puppet show or end up in the Atacama Desert. And then the next day that journey began to unfold.

35 years ago, as instructed, I turned up at a hall in South London under the impression that I was going to help a Chilean friend with some administrative tasks so that his newly born puppet theatre could get going. How wrong was I? My friend turned up and almost immediately cast me. And I do mean ‘cast’ me. Neither of us can have any idea how far he was casting me when he announced that I would make and be the Condor and the Narrator in the show he had written entitled The Tomato and The Condor. My friend was a Chilean refugee along with others in London at that time of the friendship between Pinochet the butcher and Thatcher the grocer’s daughter. Perhaps, they should have just opened a supermarket! That’s another story though even if not unrelated to The Tomato and The Condor.

Juan was a young boy who lived in the shanty towns around Santiago. All day long he had to listen to the old folk’s nostalgia about the legendary fruit called The Tomato. Juan had never seen one but he did dream of tasting this delicacy one day. One morning he awoke from his dream of tomatoes to see a big red ball rise behind the mountains. This could only be one thing. This had to be the legendary Tomato. So Juan asked himself the question that starts all adventures: Why Not? And set out on a quest across the mountains where he was befriended by a condor whose motives were not as they seemed and a very caring guanaco. The quest took him to the great Araucaria Tree and then the beautiful Copihue flower. All of which led him to the heavily guarded orchards by the fabulous site he had ever seen – the sea. All would not have ended at all happily if it had not been for the condor who attacked the military helicopter which was full of ripened tomatoes. The helicopter came down in a church yard in Juan’s shanty town. The condor had to run and took refuge on top of a church looking like a bloated weather cock. This bloated weather cock though had eaten too much fruit-on-the-turn. And so the condor, perched and helplessly spinning on the spire, had violent diarrhoea. The people in the shanty town around the church ran for cover but it was not long before plants sprang from the seeds showered down upon them. And thus the immortal phrase, “Lovely little condor poos pure gold dust” was not just uttered but shouted with gusto and joy by the people who now had tomatoes again.

This was the first show that I helped make and performed in. The tales are many about our adventures in finding our feet in the world of puppetry. In fact, our feet were exactly what we did not find. This was due to an absurd conviction that the audience would have to work too hard if we stood up behind the screen. So, we did each hour long performance on our knees. We wore through a pair of trousers each time and literally bled for our art. I had been well and truly cast though. I was on a completely new and previously unsuspected trajectory. I was adrift in the only universe I ever wanted to inhabit – the universe of the imagination. Thanks to puppetry I could write stories, work with children and control a whole creative process. It began with a condor.

My friends left London and returned to their native Santiago. They made occasional visits back to England and sometimes we caught a meal or even a rare day together. I always said that one day we would visit them in Chile. But there was a problem. I plied my trade working with schools and communities making puppet shows. This is not a way to get financially rich. If you do very well then you can just get by. I did very well because thirty years passed and I was almost pensionable and I had got by. This, I count, as one of my major life achievements.

However, it was not enough to get to Chile. Inch by inch though, year by year things got better and this year , with the talented Creation Myth Puppet Company (http://www.creationmythpuppets.co.uk )  we made seven shows with nearly 2000 children in under four months. Chile writ itself large. So here I am in Chile, in SAN Pedro de Atacama and my friend said: “Tony you must have a blog . I will make you one.” And he finished setting it up today. One week after I saw my first condor. Now I shall tell the other 1000 stories that fill all the spaces between the puppet condor and the one I saw in the Chilean Andes. 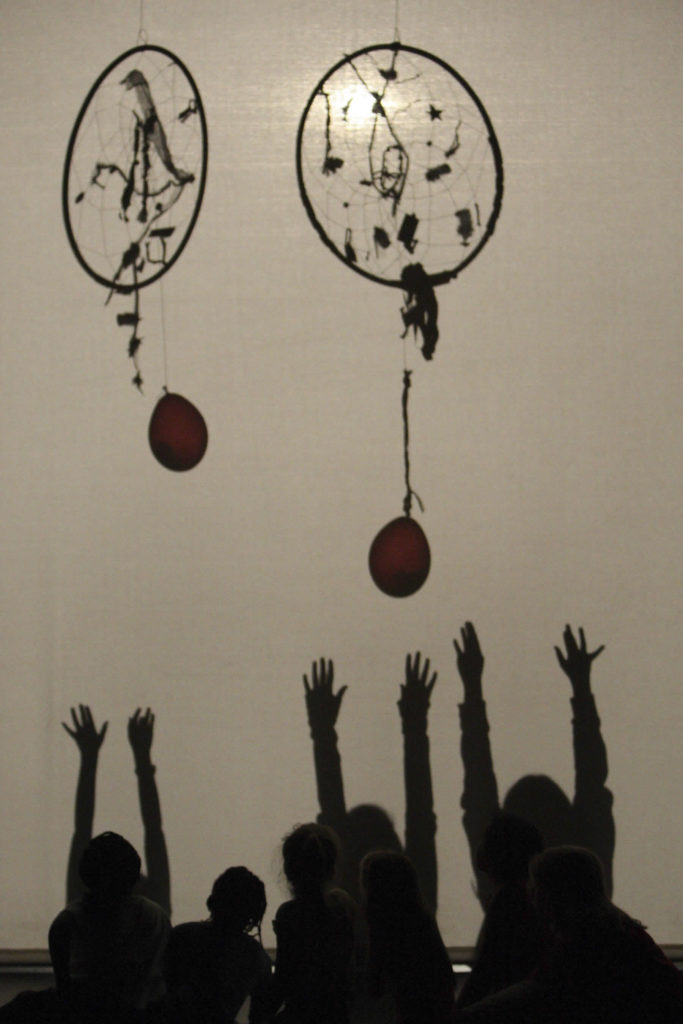